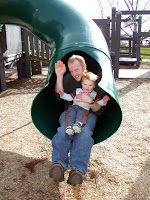 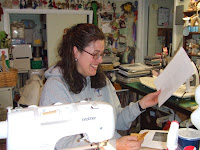 Update: we had a fun and productive day. Here's Danielle working on her Izannah's dress. Our dolls are in the oven right now, speeding up the drying of the paperclay.
Posted by Deanna Hogan

Oh, that sounds divine! I wish I was nearer I would crash your doll/chocolate/wine party. Have fun!

Make room for me too, I love wine with chocolate, dark chocolate is best. I'll be thinking of you both as I sip coffee instead here in Vermont. Hugs, Judi

Wouldn't be fun if you all lived closer? You'd all be welcome to come over and play.