I've finally finished the first prototype of my new doll "Livia." My attempted crackle/aging was an epic fail, which was disappointing. I may age but not crackle prototype #2.

Livia's dress is removable. She wears bloomers beneath, which are also removable. 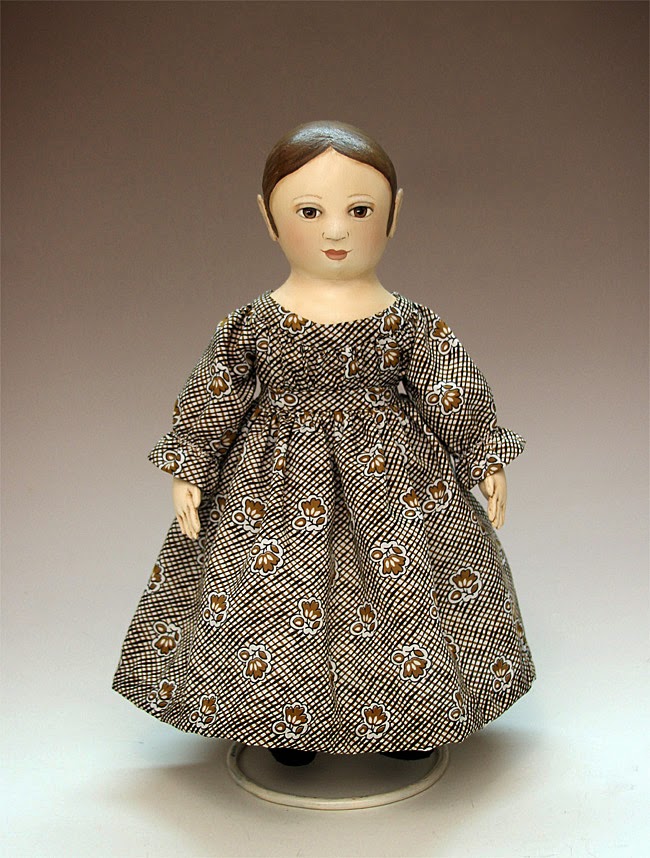 Some corrections have been made to the second prototype, and I'll get started painting her face after I'm done posting here.
Posted by Deanna Hogan

I think she looks lovely, your crackle can't be too much of a fail because she looks great. Have really been enjoying your postings I find the Izanna Walker style fascinating we have nothing so iconic here in England.

I gave up crackle because it is soooo dependent on humidity levels. Your Livia is beautiful, even though you feel the crackle was an epic fail.

She looks adorable. Usually when I paint the crackle medium thickly on to the surface I get a crackle but if it is thinly put then nothing seems to happen

I really appreciate all your comments! I've been out of the doll making habit for awhile, so it's been fun getting back to it.

Yeah, Dixie, I've always had mixed results with the crackle. On the second doll I just omitted that and did a brown wash, which worked nicely.

Shashi, I may try your technique next time and see if I like it any better.