The loss of a pet ~ a tribute to Cassidy

I found our quirky boy Cassidy lying in the yard this morning. It only took an instant to know he had passed away. He was lying on his side, like he'd decided to lie in the sun - though it wasn't one of usual lounging spots - peacefully, but not breathing. He was still warm, and today is chilly. I'd like to think he had sudden cardiac death or other quick way of dying. There was no sign of trauma, no sign of struggle. And while I am sad, I am grateful he went suddenly. I wish I had been there to hold him and let him know he was loved. 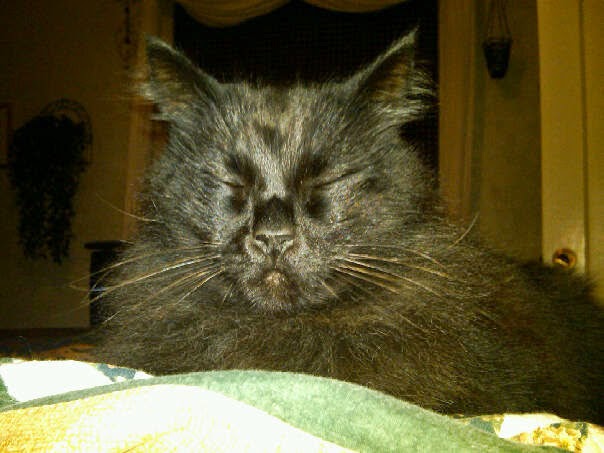 2009
He was a fat and somewhat neurotic cat, but he *loved* me as much as cats can love people. He was a mommy's boy. He loved to be brushed on his left side, but hated to have his right side groomed. Like really, really hated it. He preferred to lie on his right side, so naturally this was the side that needed the most attention.
He got along well with the dogs and our other cat (Arthur). He knew who belonged in our pack, and who didn't. 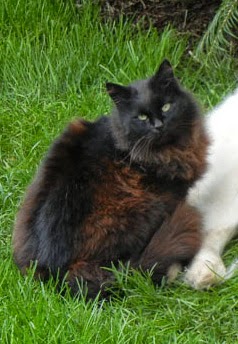 2011
Cassidy came to us via our neighbor Dick, who adopted him as a stray, mature cat. He gave him to us when he was moving away to live on his boat. So he's quite old, though I don't have any idea how old. He wanted so much to be an inside cat, but his need to mark his territory wasn't popular. So he had a little house outside, on the deck, just outside the kitchen door.
We buried him in the back yard, under the cedar tree.
Posted by Deanna Hogan 5 comments

I've been working on a couple art pages. This one I put off for a long time, because I felt I didn't have enough ephemera to add to it. Or maybe I was just too lazy and disorganized to remember where I'd stashed stuff. I've never been good at adding lots of embellishment on my art dolls, and apparently on my pages as well. 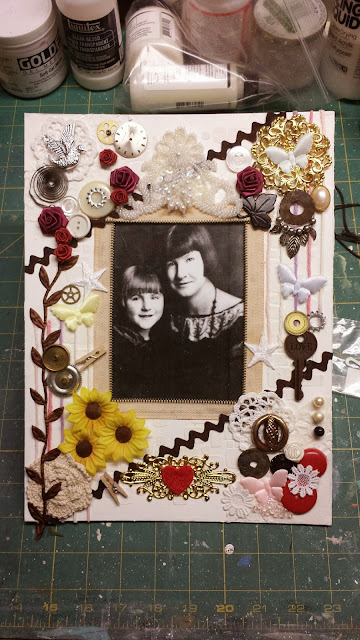 This is a photo of my grandmother and great grandmother. I'm just waiting for glue to dry, then everything (except the photo) will be covered with white gesso. Then spray inks will be added.
I anticipate this may be difficult to add to my bound Life Book due to the bumpy stuff. Stay tuned!
I was able to get to the project this evening. I think I may be nearly done. 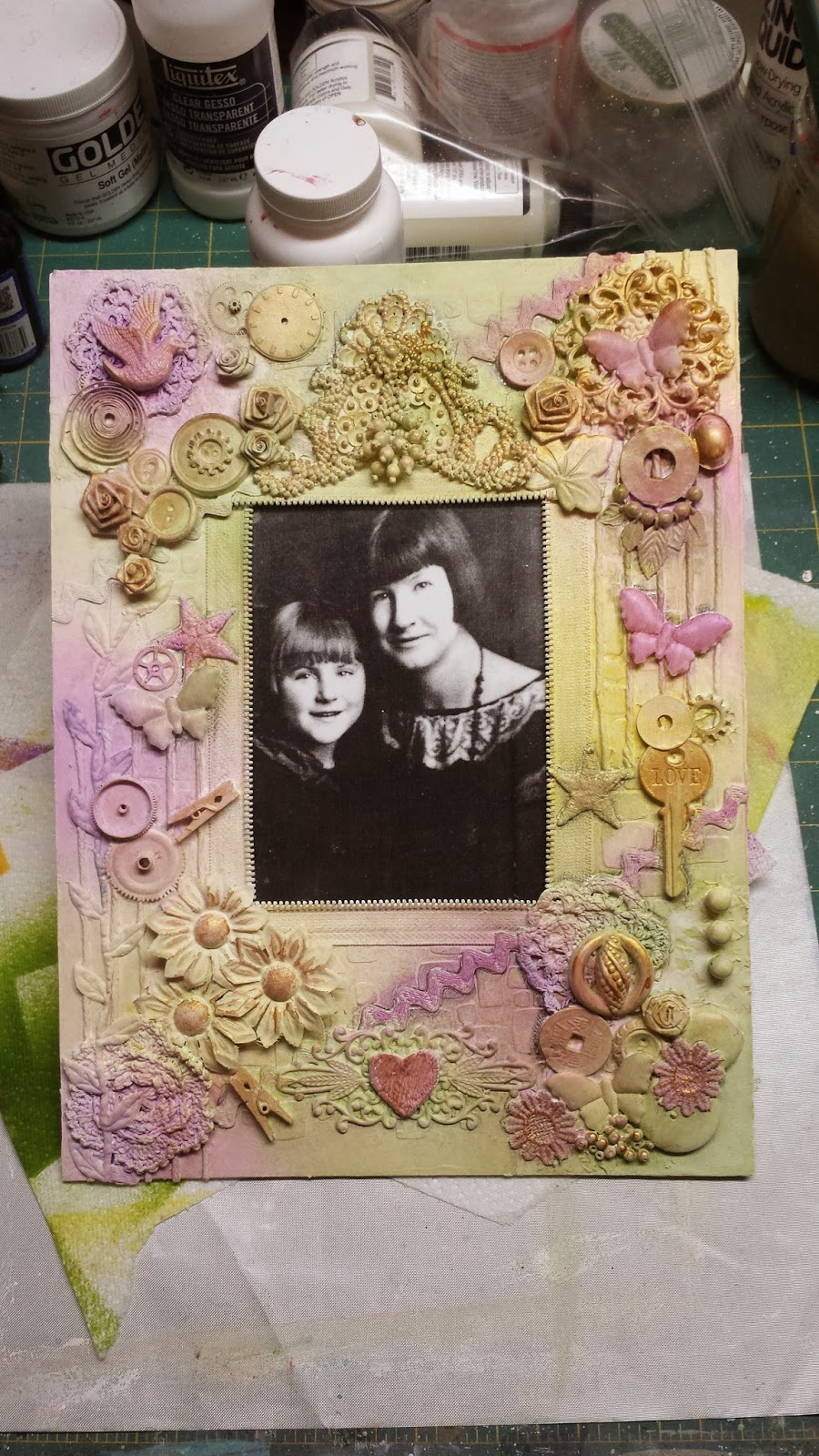 January 1 was the release of the first lesson. I'm currently in the process of binding my 2014 Life Book, which is quite time consuming. While I still have about 8 lessons to do, I'll get to them soon.

Today (January 2), Ivan and I worked on our Week 1 lessons (the warm-up exercise, that is). Here's his page: 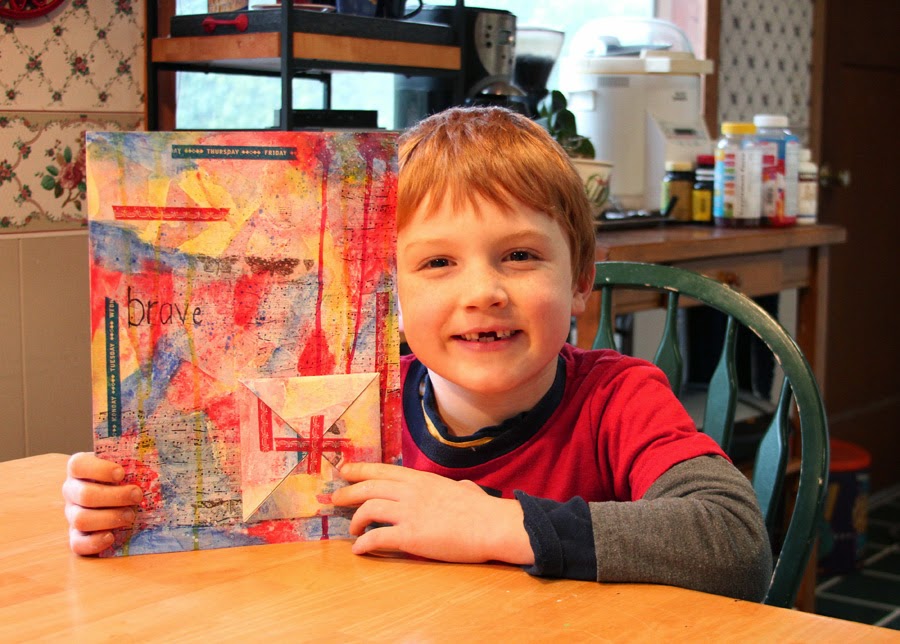 And mine. I wanted to use a different color scheme than usual: 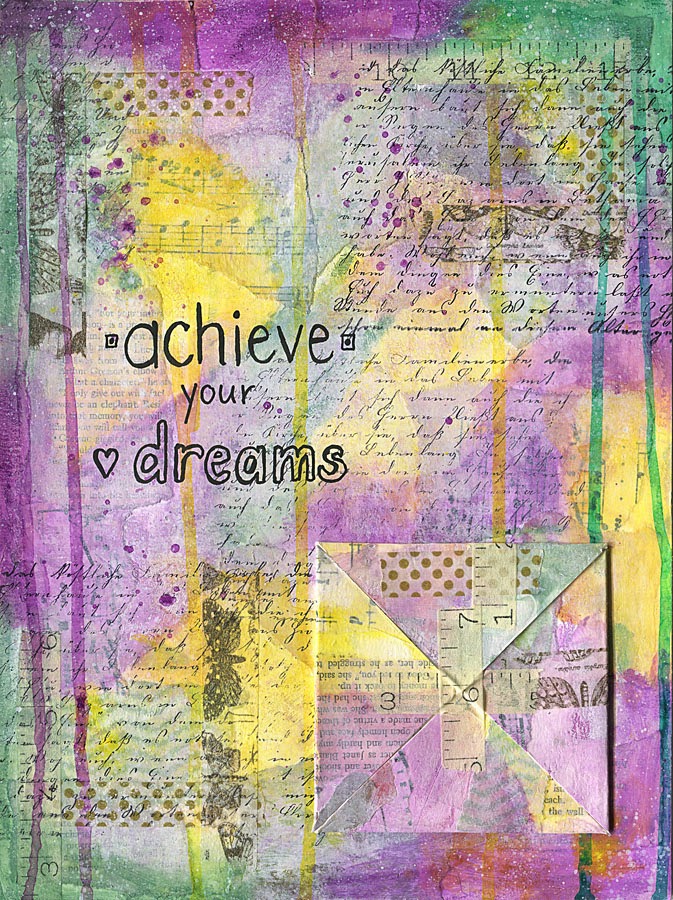 My Beacon of Light (part 2 of this week's lesson): 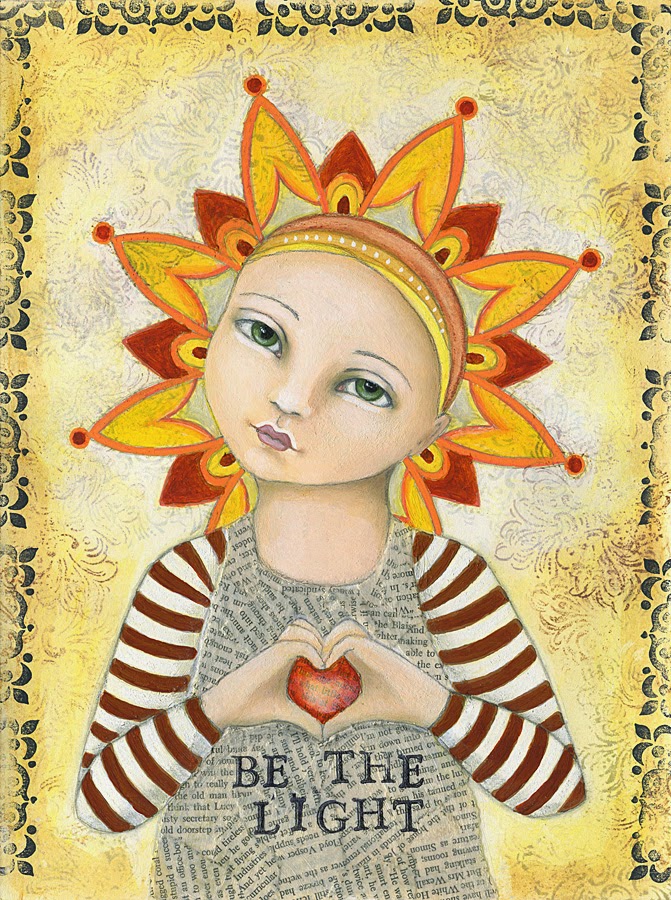 I used art from previous years' Life Book lessons, but didn't embellish much (not my strong point). http://www.robenmarie.com/ 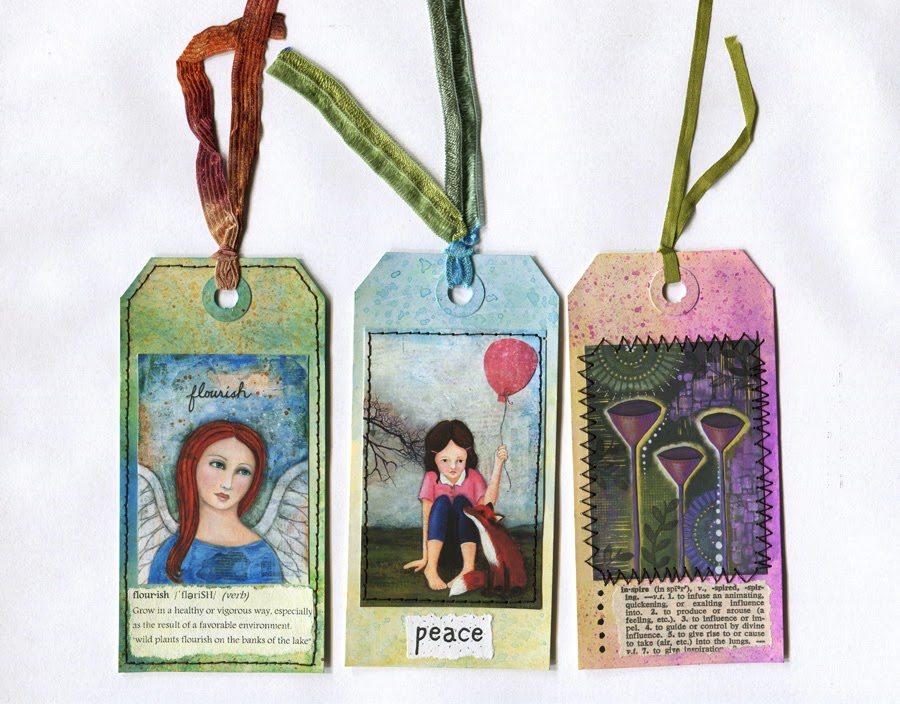 http://joannezsharpe.blogspot.co.uk/
I struggled with this one. I haven't really used watercolor paints or Tombows before, so had a lot of trouble with the blending. Naturally, the more I did to this, the worse it got. 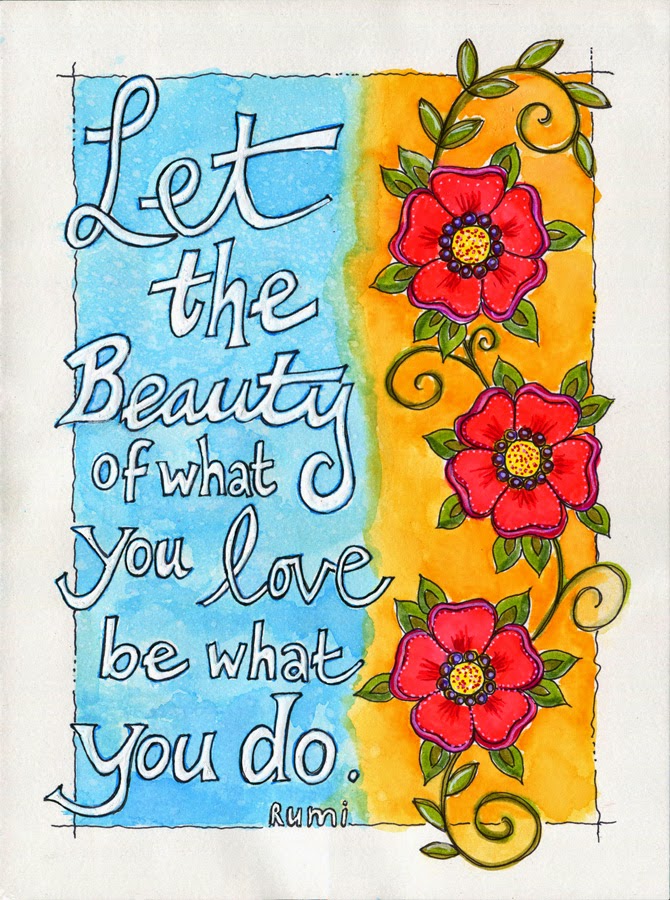 http://www.pbsartstudio.com/
My own take on this lesson, inspired by Degas 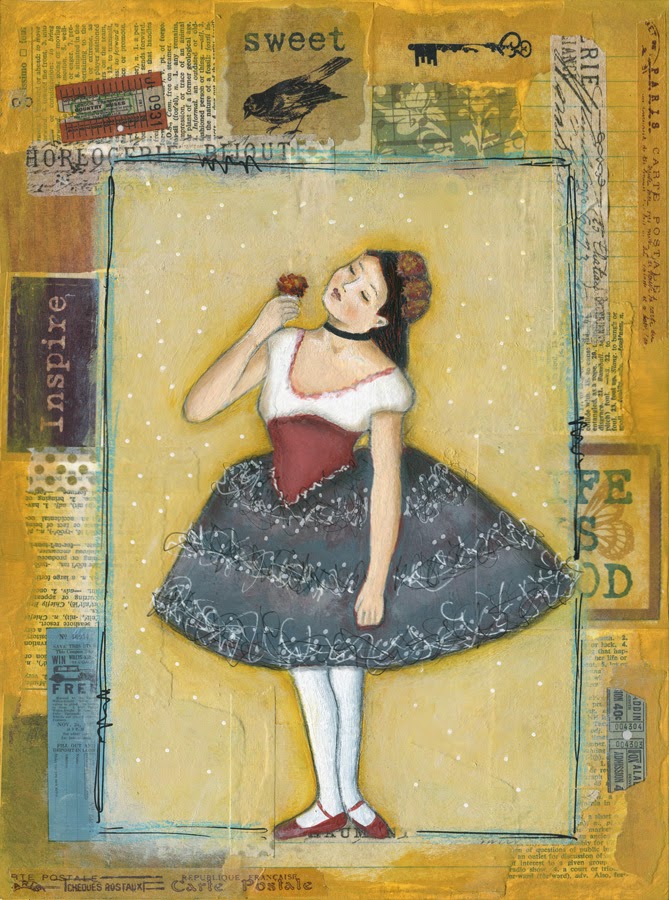 This is Tam's bonus lesson for this week. Easy and fun! 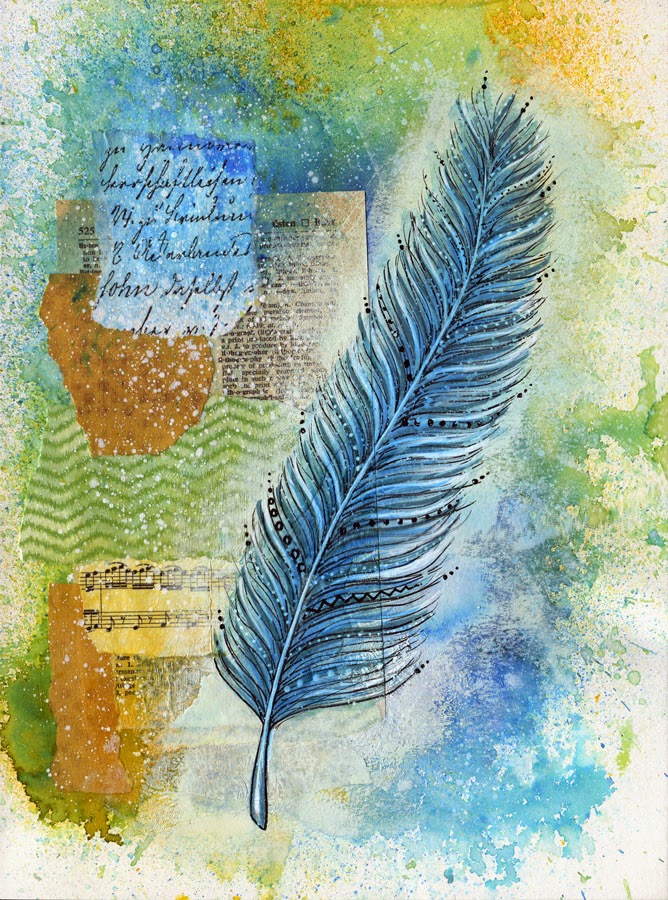 This page was done using Rachael Rice's lesson for this week. The metallic paint was difficult to photograph. (http://rachaelrice.com/) 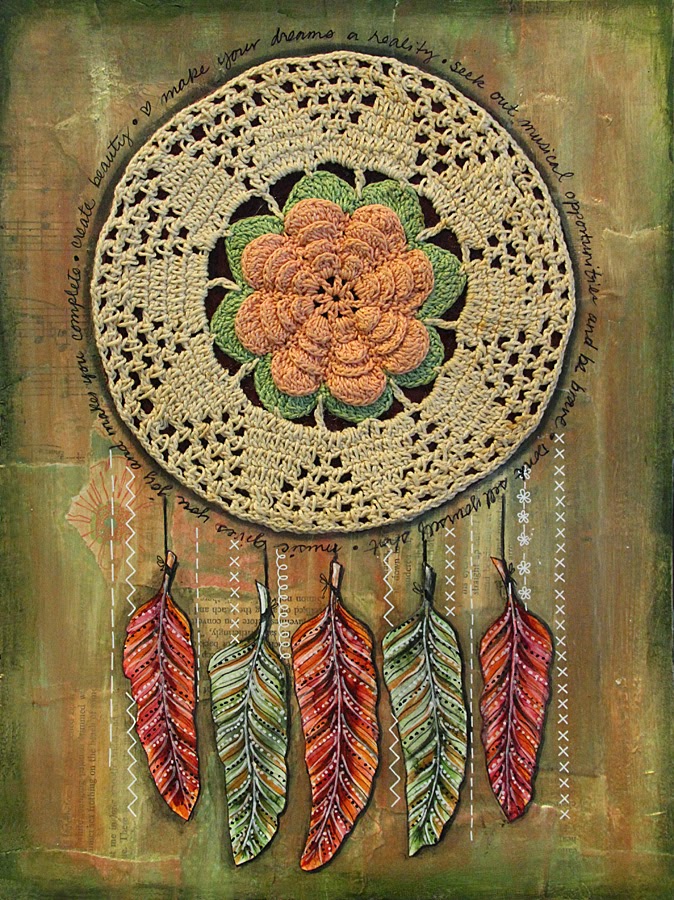 Here's to a New Year! 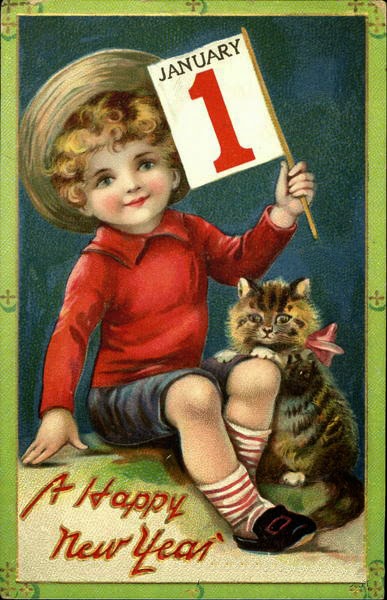