I just finished this Sleepytime Santa after two days of sewing and stuffing. Tomorrow he'll get his official photo. It's been unbearably warm in the studio, though today was better than yesterday. Now I must attend to the neglected dishes and vacuuming. 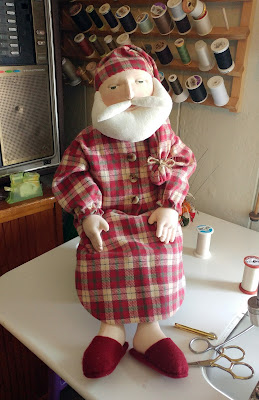 I may have time for another doll before leaving for Orlando at the end of the week, though I should probably do a bit of studying for my PALS (Pediatric Advanced Life Support) recertification on Friday. 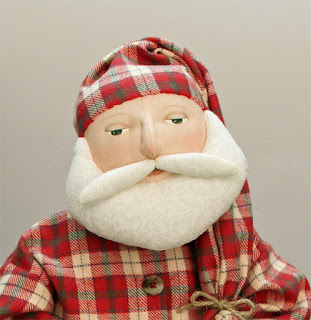 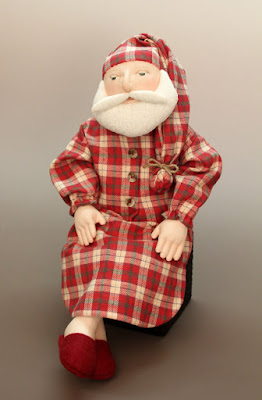 Such cute Santa and your sewing skills are on point, do sell these on Christmas, such gifts are cute and amazing to have specially when it is hand made.